“We love the sun-kissed colour of August babies’ birthstone –  Peridot.

Similar to diamonds, this yellow-green gem is formed deep in the earth’s mantle and comes to the surface through volcanic action at different points across the globe. The earliest finds we know of were in Egypt and it is rumoured to be Cleopatra’s favourite gem. One look at this cheerful green gem and you’ll see why.

The bright green gem is also known as “evening emerald” and in ancient times, it was often confused with the better know green emerald.  Large strongly coloured Peridot is rare and commands quite a price. Most quality Peridot is found in sizes smaller than 2 carats and as it is not a hugely well-known gem prices are quite reasonable.

For any of you Start Trek fans – some peridot is also found in meteorites! Though it rarely produces gem-quality Peridot, it makes for some spacey cufflinks or out of this world amulets.”

Here are some of our beautiful pieces with Peridot in DesignYard.

Other posts by Information 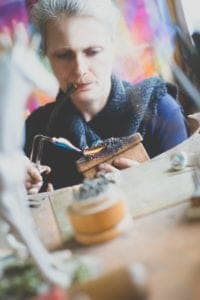 19th November 2019
For the last ‘Spotlight On’ of 2019 we caught up with an amazingly talented Irish designer Frederike Grace in her Irish studio in County Kilkenny... Continue reading

26th October 2019
We’re delighted with customer-response and feedback to DesignYard’s “Spotlight on Ella Green” last week. Friday’s ‘Meet The Maker’ event was a great success with the... Continue reading

3rd October 2019
October birthday babes have the choice of two fascinating gems: Opals or Tourmalines. We love both of these stones as they are both all about... Continue reading 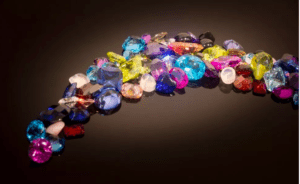 11th September 2019
Those lucky enough to be born in September have the beautiful sapphire as their birthstone and this opens a kaleidoscope of colours to choose from!... Continue reading 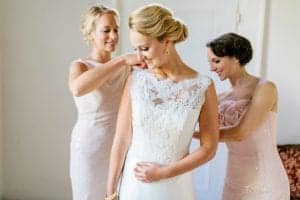 1st August 2019
Brides and their bridal parties tend to spend the majority of their time focusing on their outfits, makeup and hair leaving jewellery and other finishes... Continue reading