Tomasz Donocik is the latest addition to the collection at DesignYard. Refusing to be pigeon-holed as a maker or designer, he describes himself as an artist who specialises in jewellery. Tomasz is known for both darkly romantic men’s jewellery and fine jewellery for women with a retro-futuristic air.

As he is new to us, we’ve asked Tomasz to tell you about the evolution of his work. Continue reading to find out about his journey and inspiration – in his own words:

“While I was at the RCA, I based my collection on the book ‘A Hero of our Time‘ by Mikhail Lermontov and the military officer Pechorin, the Byronic antihero. I created a wardrobe for him that was alluring, aloof and seductive, a sort of Russian Maltese Falcon. He wore bejewelled scarves and the Chesterfield cuff. It was set in Tsarist Russia, so it was very opulent and with rich colours.”

“In 2017 we had an unexpected success with the Lily Pad ring that was part of the Garden of Good and Evil collection that explored forgotten British garden ponds. Fans of the Beauty and the Beast film interpreted it to be the Enchanted Rose, though it was never my intention. It has been one of my best sellers and a popular engagement ring choice over the past twelve years. ”

“In 2014, I brought out Electric Night and then the Stellar collections as I was interested in sci-fi and the future as seen by writers and film makers in the 1980’s. I was inspired by Ridley Scott’s film ‘Blade Runner‘ and its vision of a rain-slicked, neon-lit future cityscape. I also love the work of the 1970’s US minimalist artist Frank Stella and his use of geometry combined with soft colour palettes. “

“My newer women’s collections are very abstract and I work with negative space, exploring different levels and heights. Negative space is very important in my designs and in the Blade Runner ring for example, the gaps are as important as the stones. I borrowed this concept from painting, where white space is as significant as a block of colour. You need both to communicate. “

“Baguette-cut stones were vital to the design as I wanted to create highways for the colour to travel freely along with no interruption of metal. I could create the same effect using enamel but I made a decision years ago to not use enamel and committed to stones though back then it was very difficult to find baguette-cut stones as very few jewellers were using them. “

“Today baguettes are definitely in vogue, which means on the plus side, that this cut is more readily available. But on the down side, many jewellers started using them, so it is time for me to experiment again with unusual cuts and materials for my next collections to set me apart from the crowd again.”

Promising words indeed! Meanwhile book an appointment to view his gorgeous work at DesignYard in person.

Out with the old… 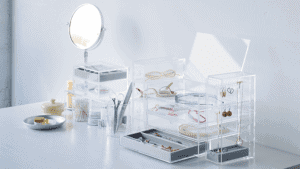 21st October 2020
For Step 2 in our four-part strategy on how to organize your jewellery, we put on our curators hat. We’ll look at all of the... Continue reading 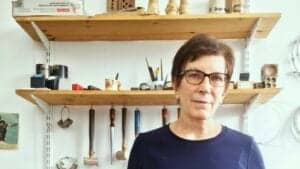 16th October 2020
We recently received a completely refreshed collection from Catherine Mannheim – a good excuse to show you a little more about the maker and her... Continue reading 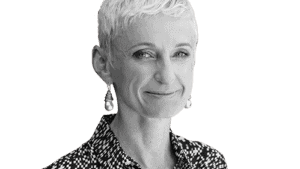 14th October 2020
At DesignYard we’re delighted to introduce you to Brummé jewellery and the force behind the highly coveted statement jewellery: Christina Brummet. Her ideas are bountiful,... Continue reading 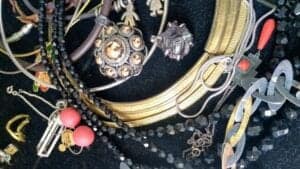 Out with the old…

8th October 2020
Part 1 in our four-step strategy to getting the most of your jewellery collection. If you - like me - have been binge watching minimalist... Continue reading 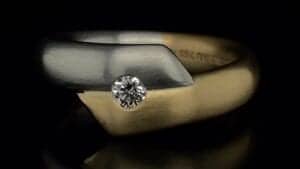 2nd October 2020
Your DesignYard jewellery is made with the finest materials and best workmanship and you can rest assured that they will last you a lifetime. However,... Continue reading