We use cookies to ensure that we give you the best experience on our website. If you continue to use this site we will assume that you are happy with it.Ok
Search
Sign In
Home Blog

What’s business been like for DesignYard this year? Have a read of Ruth O’Connor’s interview with Ronan Campbell recently published in The Currency.

In 2014, when Ronan Campbell considered taking over DesignYard from Gerry Crosbie, he had already opened three jewellery shops – both alone and in partnership with others. Despite previous challenging experiences, his wife told him that he would be mad not to jump at the opportunity to take on DesignYard – a business with a considerable reputation as a destination store for good design.

“Having worked in asset finance for Bank of Scotland straight out of school, my first foray into the business was opening a shop in Citywest on my own as the original partnership fell through at the last minute,” says Campbell of his early days in the jewellery trade.

“I literally lived in the shop 18 hours a day, seven days a week. I had just met my girlfriend (now my wife) and she thought I was nuts. But I managed to pay back a very substantial sum of money within three years and I then opened a store, Campbells Jewellers, in Donnybrook.”

As well as a baptism of fire in the business of jewellery, the self-confessed “gem geek” has sought to learn about as many aspects of the industry as possible over the past two decades. He has studied with the Gemological Institute of America in London (his speciality was coloured gemstones) and is currently completing another gemology course with Gem-A in London.

“The industry changes all the time, so you have to constantly educate yourself,” says Campbell. “I work with the best goldsmiths in Ireland and abroad. It is necessary to educate myself so I can sit with the makers and discuss how the piece will be made.”

Campbell says that he completely panicked during the first lockdown of 2020 and laughs ruefully as he describes losing it one afternoon in March before regaining his composure to figure out what could be done rather than what could not.

Despite the enormous challenges brought about by Covid and lockdown, Campbell says that DesignYard’s sales figures for this year should equal last year’s or surpass them by the end of 2020.

“Initially when the lockdown happened we thought business was finished but then the emails and phone calls began to come in. People who were locked down were still looking to have that special piece designed or the engagement ring custom made. We just had to figure out how to adapt.”

In the case of certain bespoke items, adapting for DesignYard meant everything from utilising Zoom, to delivering items by hand within restrictions limits, to conducting consultations on the phone or at a safe social distance outdoors.

“The first month was pure panic. I was getting very little sleep. It was chaotic,” admits Campbell. “But, my kids now know who I am. I do the school runs. I pick up my daughter. It is now a much more condensed time in which I work. I don’t have time to waste and I don’t want people to waste my time. I have to be smarter. I don’t think we will ever go back to how we were before.”

Transitioning to an online world

One of the key advantages Campbell had when Covid struck was a fully functioning website. “We’ve been selling online for six years so we had a bit of a head start on others who, at the switch of a button, had to adapt their business to online sales because of lockdown,” he says. “Selling online successfully is not something that happens overnight.”

Campbell says that the key to successful online selling is to remove all possible barriers to make it easier for the customer to make a purchase whether that is buying directly off the website or making initial enquiries into purchasing a high-value jewellery item – a process which is usually then taken off-line via phone calls, Zoom consultations and emails, before the final sale is made.

“Obviously with a high-worth sale there are further steps before the final sale is made but sometimes we wake up in the morning and there is a significant sale that has gone through online,” says Campbell. When asked about the risk of fraud with a high value sale such as this Campbell says: “Although everything is automated you still have to drill down to make sure everything is in order with a sale like that. We have significant security measures in place and everything is analysed.”

While DesignYard had not spent any money on online advertising campaigns in 2020 up to the first week of December, Campbell has been working with some students of TU Dublin to help boost his business on social media. He has some steep learning curves in the past when it comes to social media citing one occasion, some years ago, when he invested €20,000 in a social media strategy and saw very little return for his money.

“We have made some very dramatic and expensive mistakes in the past,” he admits. “Spending a lot of money and trusting people who don’t understand our industry. We got extra traffic alright but it wasn’t the right kind of traffic. I learned then that I had to learn every aspect of the business – who is on the website, where are they, what are they looking at, how can I speak to them live online?…”

Trust and transparency are key elements when it comes to high value transactions, says Campbell, who has many C-Suite clients with high net worth.

“Our business is largely about word of mouth,” he says. “No matter how intelligent, or successful my customers are in their careers, they often don’t know about jewellery – so trust is very important. I recently had a customer with very high net worth. She kept coming back to me with ideas of items she had found online, but, as I told her, you cannot trust everything you read online.

“I have built up a reputation over 20 years. I’ve been in the business since I was 19. I try to keep things simple and fact-based for customers. I am transparent when it comes to price – the price is the price – there are no ‘mates rates’ or discounts. The price factors in all elements such as design, materials, time, risk, effort… if I say something costs €60,000 it is transparent why the item is that price.”

From generic to bespoke

Campbell sold very commercial brands in his previous jewellery shops, but, with an interest in contemporary design and the handmade, he says it was inevitable that he would grow to sell more bespoke and limited edition items of jewellery.

“I was completely bored of selling very commercial products and was always looking for a way out, trying to push the boundaries by taking on more unusual pieces,” he says. “I knew that people wanted them and that there was much more interesting work out there to do rather than to sell mass-produced items made in China.”

Campbell sells the work of designers based in Ireland such as Nicole van der Wolf, Inga Reed, Martina Hamilton and Seamus Gill and international designers including Atelier Luz and Josphine Bergsøe.

He believes that stores like DesignYard are vital for independent jewellery makers and designers because they act as the conduit between the designer and the customer.

“Often by the time the craftsperson makes the jewellery they have little time for running a business as well. Finding a relationship with a gallery or shop, whether it is with us, or a gallery in Cork or London or wherever, helps with the business side of things for the maker,” he says.

“We recently spent hours photographing hundreds of pieces of jewellery. Makers simply couldn’t afford to do a shoot like that. We can tell their story and we can get them to a very wide audience. We are selling to Ireland, to the US, to Korea… sometimes having a bridge between the customer and the maker keeps everything smooth.”

He describes the industry as an entire ‘ecosystem’. “If we don’t support designers and makers these crafts will fizzle away and all we will be left with is stuff that’s mass-produced. Obviously I have to look at things from the money side in order to keep a business going and to pay people, but it’s not all about the money for me. If you look at something you’re buying for €10 at a market, or something at a much higher level, hours of training have gone into creating these pieces and they are just far more interesting than something that is punched out of a machine.”

Campbell is looking at making hundreds of sales between now and Christmas. Last month the DesignYard website was up 2,864 per cent on November 2019 and 744 per cent to date this year due to thousands of hours spent checking orders, uploading products, geolocating images, replacing old imagery, posting on social media, working on blog content and more.

While he describes the website as the “first port of call” for customers, he believes that DesignYard will never go digital only and over the course of the next few weeks and into next year he will continue to facilitate customers via private appointments in the gallery, at clients’ homes, offices, coffee shops, hotels or wherever it is safe to do so.

If 2020 has taught him anything he says, it is that there is opportunity in every scenario if one is prepared to work for it. “I’ve learnt to work smarter, I’ve learnt to work harder,” says Campbell. “If people talk about pivoting, I’m like a ballet dancer at this stage.”

29th December 2020
If you’ve been following our four-step strategy for organizing your jewellery collection, you should have a decluttered and beautifully organised jewellery wardrobe, a plan for... Continue reading

The Art of Buying Jewellery

24th December 2020
Our article “The Art of Buying Jewellery” appeared in Social & Personal Dec/Jan edition. It’s a cracker of an edition and we encourage you to... Continue reading 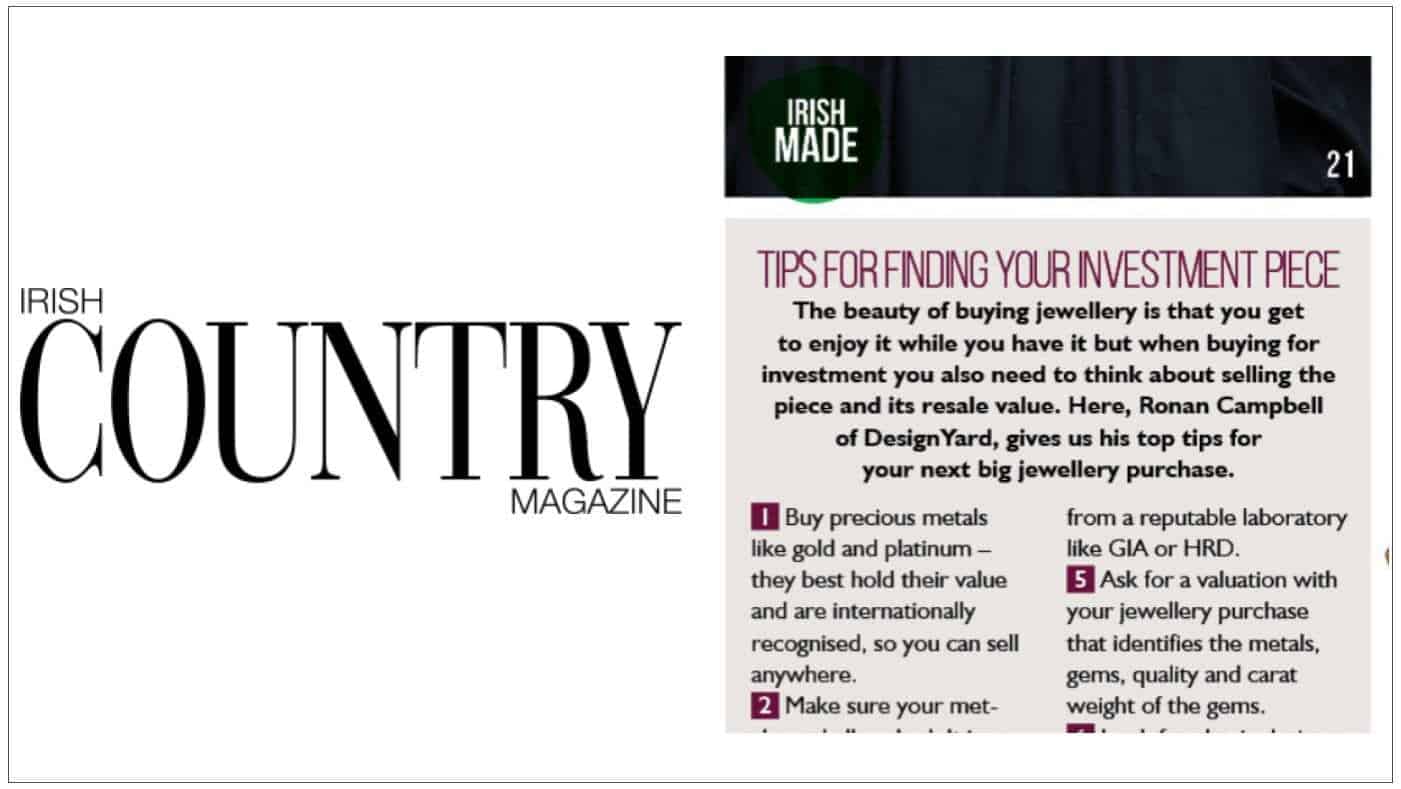 Top tips for investing in jewellery 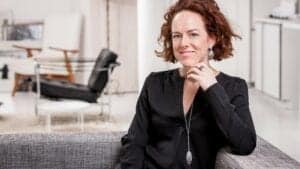 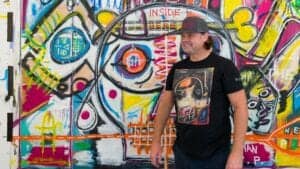